Treasures from the Sea

Sea grass flowing with the current, locks of tangled hair waving beneath the surface

Churning whirlpools as the ocean crests over submerged boulders

A slick-headed seal, poking up in the middle of Casco Bay

The red roof and crashing surf; Portland Head Light viewed from the sea

Twenty-four hours in Maine and perfection 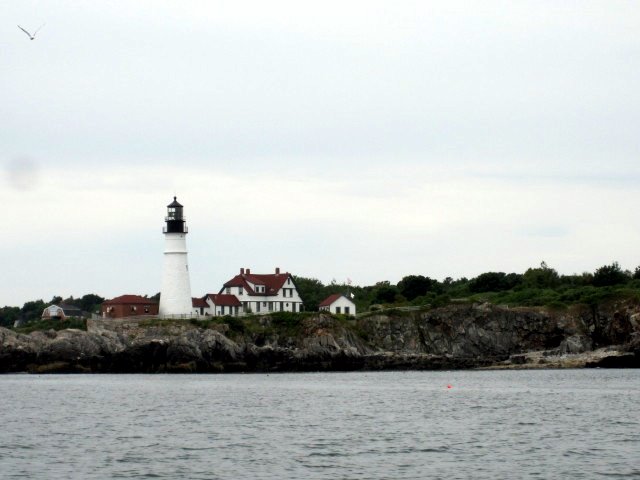 Email ThisBlogThis!Share to TwitterShare to FacebookShare to Pinterest
Labels: 24 Hours in Maine

What a lovely picture you describe! I haven't been to Maine in years, but I so want to go back right now!
Where in Maine?

Oh, you sure know how to make this writer jealous of another writer's location :) Sounds wonderful!

Oh that is wonderful! The unbroken scallop shells...what a sweet treasure. Thank you for sharing!

just what I needed to read! Thank you for being the poet you are.
Jan Morrison

Reading this just makes your heart rate slow down. What a lovely recap of 24 hours.

makes me wanna go there,,,

I love pics of light houses. Too bad they are of a bygone era. And its so cool to see a bird like an osprey diving for its food. I never tire of watching birds of prey in action. Have a great week.