When a calm ocean reflects a screaming blue sky it’s hard to remember we are still in a recovery zone.  Let me clarify that statement.  At our house, we have electricity, phone and water and have had it except for a few hours during Sunday’s storm.  But as of this moment, others in our town and surrounding areas do not, and in some cases, have been cautioned that they may not until the weekend.
As Irene arrived in our bit of earth, she had already been downgraded to tropical storm status, and my husband and I agreed that we’d seen worse weather during bad winter snows.  Living to the east of the cyclone's path, we didn’t get much rain, in spite of the tropical-storm force winds that blew for over 12 hours.  When Monday morning dawned sunnier than it has been all summer, my husband left the house about 6:15 to make his 60 mile commute to work.  He was there for over an hour before a coworker who arrived later asked, “Are you aware the building is closed?”
Back at home, I noted an eerie quiet.  Typically, a steady stream of contractor trucks clank by on our commuter street on weekdays, but on Monday an odd car or two passed but that’s it.  I chalked it up to people getting a late start after the storm.  Later I headed off to my job at the gourmet food/cheese shop. As I drove down the state highway, it was clear we’d had bad weather, but other than branches by the side of the road nothing seemed amiss, until I pulled into the parking lot at work and found this 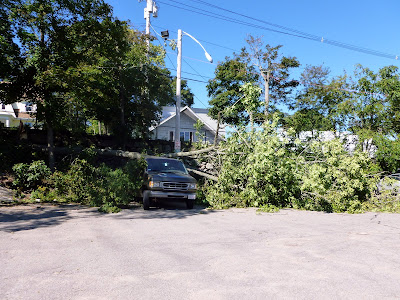 For the rest of the day, folks appeared at the shop (where we did have power) some showered, some not, most without electricity, hungry for food, trying their best not to be cranky.  Our town emergency management team continues to leave us reverse 911 calls updating us as to the progress of the electric crews, and the TV keeps us informed about the destructive flooding of inland rivers.
We are blessed and thanking a higher power every moment.  While there are minor inconveniences (a meeting cancelled due to lack of power, road closures, a library working with backup generators), we are not personally affected in any way that matters.  In spite of tree and electric trucks everywhere and blinking lights at a few intersections, when I went out with the camera this morning, it was still possible to capture an image like this. 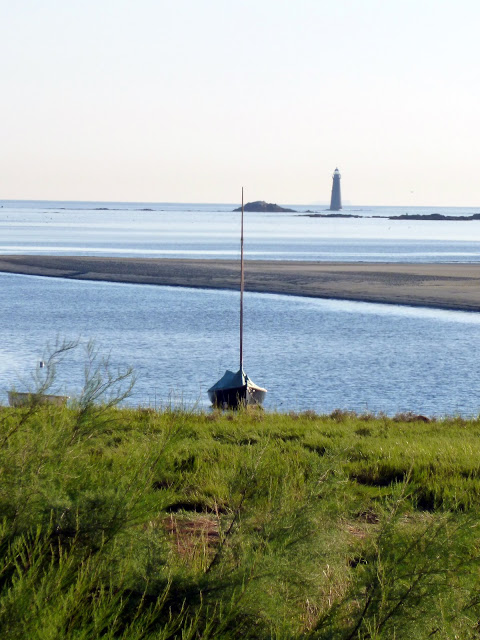 This whole summer has been an emotional storm, and now at the peak, a real hurricane decides to blow through.
This post is my 500th and I laugh at the irony.   I started writing Middle Passages as a result of the tornado of upset that blew in when corporate restructuring yanked my job out from under me over two years ago.  Post 500 occurs after another figurative cyclone, one which happened to coincide with the arrival of the real thing.
We did the college drop off on Friday, amid dire warnings of a devastating weather event predicted for Sunday, making the two hour trip early enough to for our girl to score the lowest of three beds in a forced triple dorm room.   We eyeballed the thick brick walls on the second level of the eight-floor building, and, amid repeated warnings to stay inside during the storm, said our goodbyes.  Then my husband and I rushed home to prepare the sailboat, pull the dinghy, and move all the outdoor paraphernalia indoors, before Irene and her 90 mile expanse of wind and rain blasted through.
Perhaps the powers-that-be were looking after me this weekend.  Our sweet girl has gone to college and a pending hurricane is about the only thing that could distract me from the void in our home.  Somewhere, next week, perhaps on a calm and beautiful Wednesday when I get home to a still house, the reality of the term “empty nest” will hit.
And that topic my friends, may be good for another 500 posts.
As I write this, the winds have died down, the power is back on, and no major damage occurred around us.  Hope all who felt the effects of Irene are well and safe.
Posted by Liza at 6:00 AM 12 comments:

I don’t usually do this, but I discovered this video yesterday and played it over and over.  When I woke up anxious to view it again, it earned a post on Middle Passages.  More than anything I’ve seen in a long time, it demonstrates how love and beautiful music speak in multicultural rhythms. To learn more about AOMUSIC, click here.
Enjoy.
Posted by Liza at 7:50 AM 9 comments:

Sometimes You Have to Look Up

When I arrive at my part-time job at the cheese/gourmet food shop a couple of days per week, I park in a crowded municipal parking lot behind an adjoining building.  The store I work is located in a brick structure, across a small alley-way.  On leaving the car, I cross the length of the asphalt, around a dumpster, to a tight area packed with the angled cars of shop owners who have permits to park closer to our building.  At the brick-walled rear of the shop, I leap up the cement steps, pound on an industrial door and am swallowed inside for the next eight hours.  By the time I leave, I’m hot and tired and rush out, anxious to climb into my car. 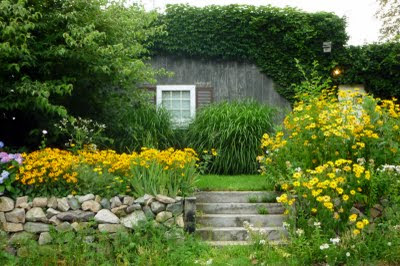 Recently though, I stepped out on one of those humid summer nights when a liquid sun angles on the horizon, and paused to gaze across the littered lot.  It’s been a long time since I’ve paid attention to the back of the photographer’s studio, kitty-cornered from the dumpster across the way—a mistake I’ll try not to repeat.  That night, I had my own camera in my bag.  Pulling it out, I framed a close up, pretending that instead of a building at the edge of a downtown parking area, I’d captured the back of a sunny cottage, at the edge of a rural field.
It's funny the way a camera can make us really see.
Posted by Liza at 9:49 AM 12 comments:

I love August around here.  It’s a no-brainer that my passion for this month coincides with the anniversary of our daughter’s birth, but in addition, those first-ever middle of the night feedings awakened me to sounds of late summer I’d never paid attention to before.
While growing up, I treated the month with a vague unease.  August supplied plenty of bathing-suit-clad and barefoot amusement, replete with scabbed over mosquito bites acquired during sunset games of Hide and Seek—but the eighth month also meant the horrors of back-to-school shopping and shoe wearing loomed all too close.
Long after those days ended for me, I still greeted August with an edgy regret for the endings it engendered—perennials dying in the garden, tinges of yellow on the tomato plants, the hint of red in low lying trees. Then, eighteen years ago, I sat by open windows with a mewing baby in my arms and heard, for the first time really, a nocturnal orchestra that begins mid-month and serenades us until the temperatures cool for good.
For the longest time, we assumed the quick and rhythmic pulsing that permeated our August nights were crickets; until recently though, we were never sure.  Lack of knowledge led our little family to christen the high fidelity tempo “The Waa Waaas,” our approximation of the revving, high-pitched heartbeats that gear up just as summer winds down. YouTube research revealed the maestros of this syncopation I’ve come to love could be Katydids—what  I know for sure though is that ever since discovering them during that first sleepless August, I look forward to the waning days of summer, when they assemble to tune their instruments.
So when we stepped outside this past Sunday night to bid goodbye to guests and noticed the music for the first time this year, I stood in the driveway to breathe in the thwacking vibration.  Each year, it’s a sound that foretells the shadows deepening under the pines, the daylily stalks drying to straw.  Yet the nostalgia it triggers is a heartwarming reminder of a blessing once received amid this cacophony of noise.
Later that night, I lay in bed, awake, but soothed by the continuous beat.   To some degree I suppose, I’ll always experience regret when summer winds down, but it’s never as bad as it used to be—because as the season fades, the rasping scrape of wings gear up, providing an acoustic memory of a time that resonated with joy.
Posted by Liza at 8:45 AM 12 comments: 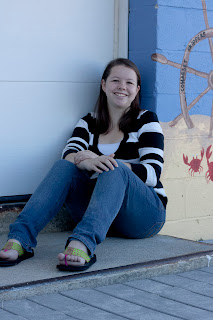 When I popped in one of our few home videos this morning and the laughing face of our daughter at age two filled the screen, it became even harder to believe that today is her eighteenth birthday.  In the day- to-day, it never felt like things were moving that fast.  Now though, it is as if the last eighteen years lasted no longer than a blink.
Happy birthday sweet girl.  Thank you for all the joy you continue to bring us.
Posted by Liza at 2:59 PM 11 comments: