First off, a huge thank you to all who commented on my IWSG post last week.  So many thoughtful responses, so much support—I can’t begin to share how much you helped.  And there, in the midst of all that encouragement, Misha Gericke said “... Usually the radio silence from your muse means it's time to refill those creative wells of yours. So do some other stuff you never get time for.”  Right.  Why didn’t I think of that?  Because more hours at work, along with life circumstances, have conspired to eliminate much of the time I had up until a year ago, so I haven’t been out doing what I usually do to court inspiration.

Duly reminded by Misha, I strapped on my hiking shoes late Friday afternoon, grabbed the Nikon and took a quick walk through a reservation a few towns over.  The place isn’t new to me. I’ve included photos from it on Middle Passages before.  But I don’t get there often and it’s just fresh enough for me that my eyes open wide whenever I go.

This time I arrived in the late afternoon, too early for optimum sunset light, but in good time to enter the woods to the squeal and chatter of birds…different from the ones occupying my backyard.  Mostly, I’ve walked this place in the fall, so I've never seen the rhododendrons blooming pink along the paths, although they are what I’d expect in early June. Their white-blossomed cousins flowering amidst the deep woods however, were a surprise. Our long winter left its mark on the place, upended trees leaning against others, their root systems creating walls of earth that towered over me, sawdust and stacked logs evidence of  recently cleared paths. Emerging into the sun, I made my way to a refurbished boathouse, and breathed deep, watching the lazy river track back to an invisible ocean a few miles away, before heading back through the brush.

We’d had a big rain the day before, and a brook running through the deep woods kept up a running commentary that accompanied my footsteps.  I’m not sure I knew that tributary was there before, but its chatter led me to a lone picnic table in a shady glen below the path, green with moss and damp, where vines of poison ivy colored tall tree trunks. The stream rippled and surged through miniature waterfalls as it rushed over stepping stones, and I paused.  It’s a place one might encounter a flicker of movement and imagine the  presence of a nymph or a water sprite, a leprechaun or a gnome.

The light was kind of flat, the pictures only so-so.  But when I climbed back into my car, I understood what’s been missing in my life. Variety.  Novelty.  Difference.
Perhaps you read my relief in this post. All it took was one walk to feel my mind revving up. I'm thinking the dead battery in there only needs a jump-start, instead of a total replacement. 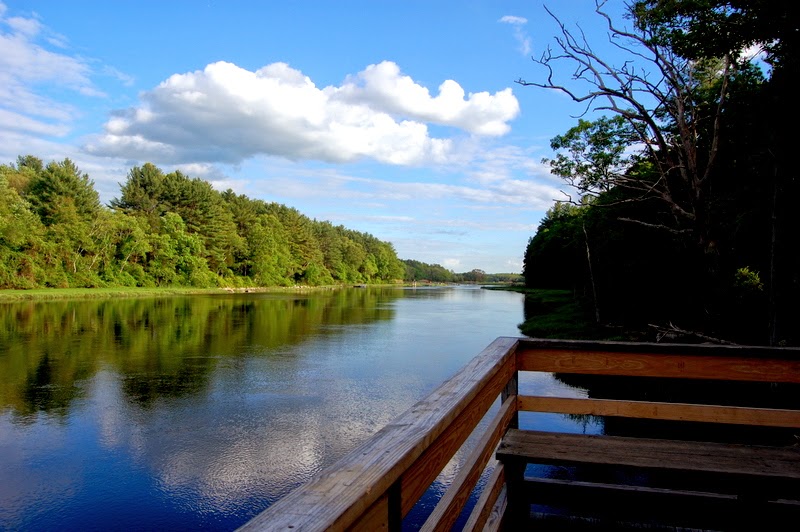 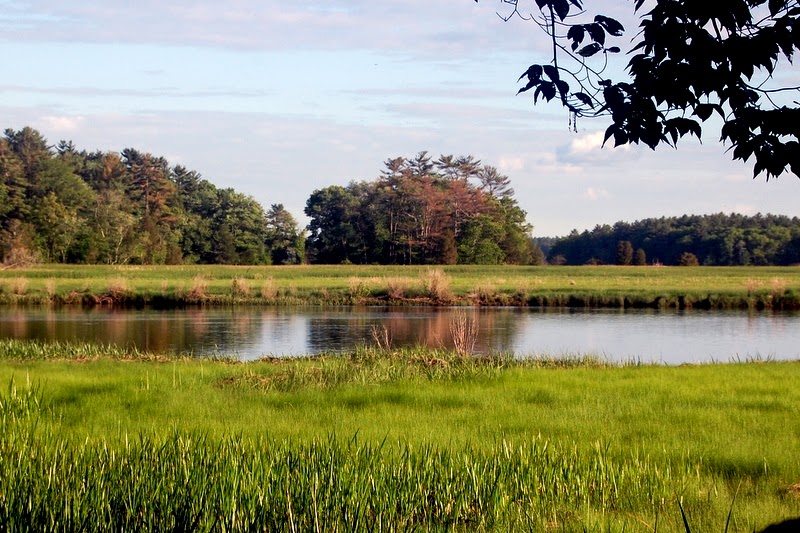 Your photos are positively refreshing!
Sometimes that's all it takes - just to go do something new, even if just for a few hours. Otherwise, it's like we're stuck in a rut with the same-old same-old.

Beautiful pictures! I also frequently need to refill the well of creativity, only I'm often too stubborn to walk away from a project when I'm having trouble. It's always a matter of *forcing* myself away from the keyboard and outside -- or even to pick up a book instead of the laptop.

But it usually works.

Gorgeous photos and I'm so glad you got out and found some new energy :)

Lovely photos! And I think you're right about recharging that creative battery and not replacing it. Sometimes it only takes changing up our usual routine, even in a small way, for us to see things in a new or different light. :)

I always enjoy your pictures. Great idea to reload that inspiration.

What gorgeous photos! I'm sure that your battery will be fully charged soon.

Yep! I do know what you mean. I think I've posted about it a gazillion times. I get down and dirty on myself and then I walk. I walk every day but sometimes I need to walk farther. Or further. Never could figure out when to use which. This time of year I don't go very far though because I am scared of bears and this is big bear time here in the sub-arctic! Long winter, hungry grumpy bears! So I only walk along the shore which is too shallow for bears to fish from and is too salty to drink and I think I can avoid them. I can walk a fair ways and Bella dances around me and I talk outloud to scare the bears and keep writing in my head...And she is looking at me right now with that unbeatable beseeching look so I best get out there. Thanks for your beauteous photos and if that was a flat day may I have some of them!

Lovely and soothing. Gotta refill that well from time to time. I sometimes forget, too, and wonder what's wrong. It's always the same answer - get out and do something. So good for you!

I read this several days ago. I remember sitting here staring at the screen at a loss for a good comment.

I am not sure that I have a good comment yet. BUT, I find it strange (in a good way) that returning to the things we know and love often fill us up in unexpected ways. We really should KNOW it already, since it has worked in the past, but we still forget. I am glad that you got that sage advice and decided to go on this adventure. Your pics are gorgeous (as always).

The relief is eloquently described within the passion of your words. The wonders of the therapy that is the great outdoors, vividly captured in your photos. Positive distractions soothe the heart and soul.

Stay charged with that positive energy, my friend.

Beautiful pictures! I'm glad your commune with nature did the trick for you.

Your photos are gorgeous!

You know what? You just reminded me. I haven't hiked today. I'm closing the laptop and doing that now before it gets dark in So Cal.

I'm glad you got out and about. It really does do wonders, yes?

Such great pictures. I feel inspired! Maybe I need to take a day to do that.

Nature is the best muse. Surrounded by so much beauty, how can you not feel replenished? I sometimes wish I had more time to just walk around the farm, listen to the birds, hide behind the hill at the pond with a notebook and write. Soon! I will be retired in July.

Those photos are absolutely breathtaking. I love the reflection off of the water. Wow. Mother Nature always holds the cure, it seems :)

Those are really nice photos!

If these photos are "flat" because of the light, I can't see it! They are lovely, as was accompanying you on your walk. So real and refreshing and I want to go there too! Where is this? Glad you found rejuvenation!