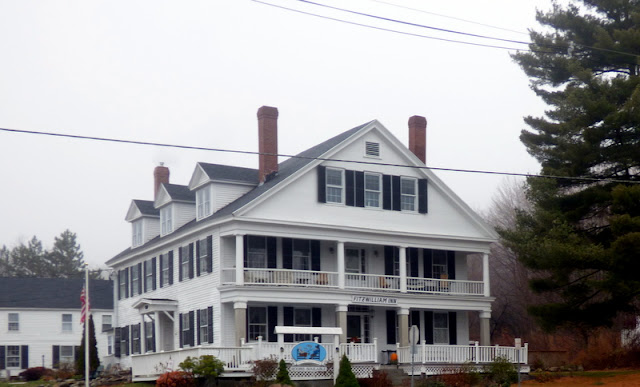 It's rare we get to go back like that. Glad the inn is up and running again.

Love this - "We can’t relive history, really. But if we’re lucky, we get to step through emotional ghosts."

And the building looks gorgeous.

your last line says it all - very poetic and touching. So glad you got to revisit it, enjoy your old friend, and leave it gleaming with a new life

I don't well, the feeling you so lovingly describe. Every time I go home to the Virgin Islands, ghostly memories lurk. They are at once, both lovely and sorrowful.

It's so nice to know that the old has been refurbished and made new.

It sounds so lovely and your words paint a beautiful picture. That must have been a fun summer when you were a teen. Glad the new owners are taking care of it.

Hi Lisa - what a shock and a pleasant surprise ... it sounds as though a young girl's life might start again from the hotel. They seem to have really brought it up to date and I'm so pleased you were happy to return ... lovely experience. Cheers Hilary

(not that it wasn't special at the time)

Such a beautiful place. It's so nice that you could revisit the spot and your memories there.

Isn't it fun to glance back at your memories?

I love the front porches of this inn!

I think Mr. Wolfe might be wrong. Here, I felt a very warm feeling of being "home" again. Thnx Ms Liza glenn

I love this story Liza. I think it's something we can all relate to... In fact, it's much of the same feelings I had about camp this past summer. It was a place I did so much growing as a youth. It's not the same, but not entirely different. It lives on and touches other people. That's pretty great.

An absolutely gorgeous post, Liza. I think we all went down Memory Lane with you, hoping with each step it would work out -- and it did! I love how you put everything in perspective, pull the good and move on. Very inspiring!