March is almost over but rather than looking for snow drops and crocuses in the garden, we’re still looking at snow. There’s still no good walking around our town, so Sunday, we headed south, to the ocean and open land with no trees. There we saw further evidence of Mother Nature's violence this winter. A wood bench, at least twenty feet above the beach had been flattened by the sea so instead of having a back, it looked like a double thickness of seat. Two granite memorial benches had been knocked off their footings and relocated to the middle of the walkway atop the sea wall, just down from a huge boulder, also deposited during one of the many storm surges. Still the day was sunny and the ocean churned and mixed with patches of green and blue.  Our eyes still watered and our noses sniffled, when we turned our backs to the sun, it felt warm. 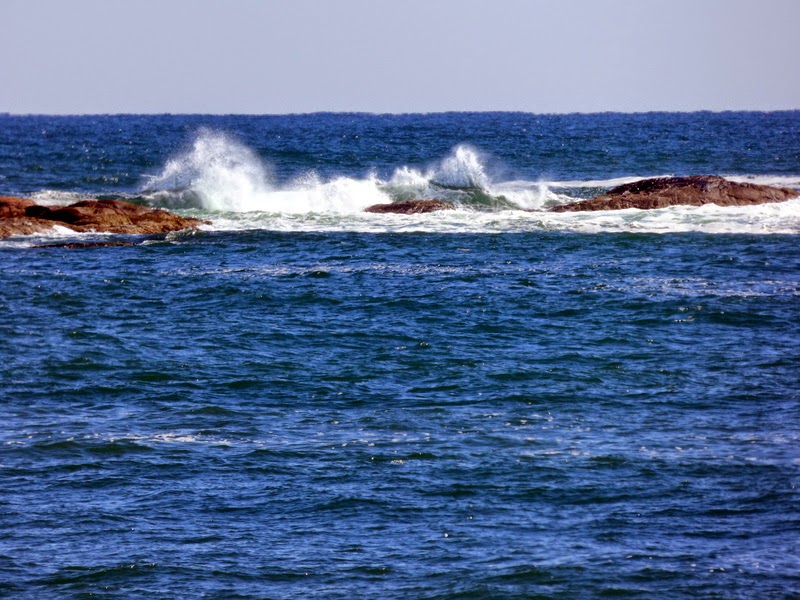 Email ThisBlogThis!Share to TwitterShare to FacebookShare to Pinterest
Labels: 2015, Here's Hoping for Spring, The long winter

Ah, but I do see a little patch of pavement in the last picture, so the melting has begun. It certainly has been a longer than usual winter.

Sorry you're still covered in snow. You got some colorful photos though.

get your plane ticket now for TX. I'll pick you up at DFW. No coat needed. Hang tough. I'm sending spring your way. Meanwhile check my blog for some flowers

We've had a lot of deer in our back yard this winter. They would dig around our apple tree, trying to find something to eat. I hope you see the grass soon but lovely pictures as always.

It looks a lot like that here. The roads are clear, and the sidewalks, but there's still a lot of snow on the ground.

I'm shivering looking at your photos! Do you think you would want to trade about 10 or 15 degrees in exchange for some humidity?

Beautiful photos! I hope spring arrives for you soon.

Sigh. I feel bad for all of you still suffering through winter. I had family visiting from the Northeast this weekend, and while I'm sure they're looking forward to going home, they are NOT looking forward to the "wintry mix" that is most likely awaiting them.

beautiful, but this old country boy from down here would have to run from that kind of weather...

Snow or no snow, those are beautiful pictures! I hope you see your spring flowers soon!