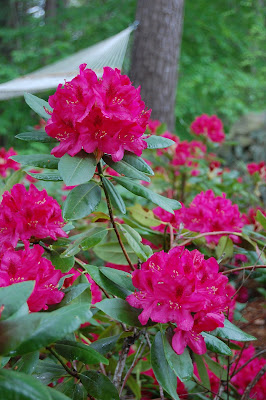 Recently, a new friend introduced me to Wife, Mother, Worker, Spy a weekly column written by Michelle Slatalla that appears in the New York Times. I quickly became a convert, and laughed this week when I caught up on her column. The author discusses her cache of photographs, both of the film and digital variety, stored in boxes, file cabinets and online facilities in and outside of her home. She mentioned that while growing up, photography was limited to special occasions, but with improved technology, our generation takes pictures of everything. She’s right.

Last spring, I bought my husband a new digital camera for his birthday. While less sophisticated then some, it was a step up from the digital versions we’d owned previously, more in line with the two 35 mm film varieties with interchangeable lenses and filters with which we both started our marriage. While we have yet to explore the depth of creativity we can achieve with this instrument, we have determined that it takes good pictures and it takes them fast. Our fifteen-year-old daughter, who has grown up in a digital age, loops the strap around her neck and clicks picture after picture, confident in the thought that any image not worth saving can be deleted. I, on the other hand, try to focus a bit more, choosing and framing a shot before taking the picture, though to my chagrin, her photos invariably come out better. That said I bring the camera with me often and lately am out in the garden weekly, recording macro and landscape images of the next round of blooms. In truth, my husband who wanted the camera has used it the least, and occasionally gets tense when my daughter and I click away. The memory of the cost of wasted film still resides prominently in his mind safe.

In a nod to my old fashioned heritage, I still download all of our pictures to our computer, but then back up the file to a disk. Saving them to Flickr, or Kodak or Snapfish, hasn’t been my game. It feels somehow, that an on-line file managed by someone else has the potential to disappear or worse, as with the New York Times author, to be held for ransom. So a basket on our cupboard desk holds numerous disks containing thousands of photos I dare say, many more than the fifteen or twenty photo albums that fill the cupboards in the family room, the bookcase up above, the secretary in the living room as well as one of the side tables. Most of those books, by the way, are losing the adhesive, the color photos softening to yellow.

Like the New York Times Columnist, when I was young the camera mostly came out for “state occasions.” The photo albums stored around our house contain copies of black and white family shots, six kids posed in age and height order standing on winter dulled grass prior to leaving for Easter Mass, jackets and ties for the boys, hats and white gloves for four girls. Later, color film and Polaroids became affordable, and we have multi-generational Christmas pictures, Mom’s Dad and Dad’s Mom, sitting on the green velvet couch in the silk wallpapered living room surrounded by six grandchildren and their first great granddaughter.

When our daughter arrived via the adoption stork though, any sense of that photographic restraint my husband and I may have experienced early on, disappeared. By the time she was four months old, during the tail end of film photography culture; we had filled an entire photo album. It’s an excuse, and I’m sticking to it, but as a part of our adoption agreement, we are required to send pictures to be forwarded to her to birthparents annually, until she turns eighteen—a small commitment in exchange for a lifetime of joy. A worrier by nature, I always fear that birthday time will come and we won’t have good pictures to send. As a result, all year long, pre and post digital, I clicked away, although now our maturing daughter has developed a normal reluctance to pose for a photo.

So, I stoop to coercion. Each year, about this time, I remind her of our obligation to send photos, and while she complains about driving to the ocean for family shots, or the trip to pose in front of a Memorial Day flag display, or sticks her tongue out at me as I photograph her helping her dad with the boat, she mostly allows it. While presumably all this clicking is so we have pictures to satisfy a heartfelt promise, the upside is that no rule says we can’t save the downloaded photos for ourselves.

Lately though, a bit more than two years before she turns eighteen, I’m becoming concerned as to how I will get away with this repetitive camera pointing then. I don’t mean to be flippant, but how do you think the adoption agency will respond if I request an extension?
Posted by Liza at 11:47 AM